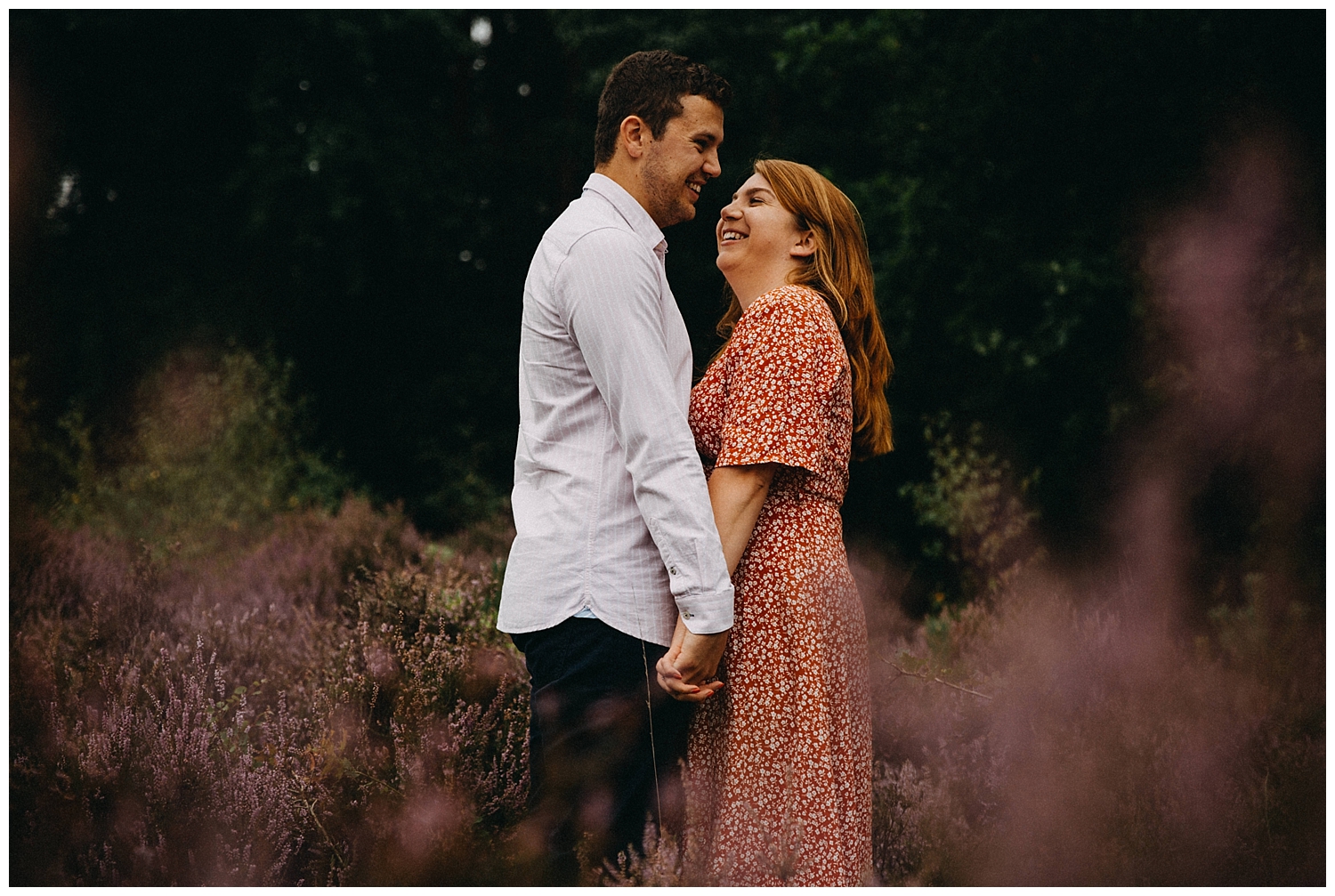 I met Henry and Rebecca in Horsell Common, in a part of the woods that I discovered last year. This particular part of the woods has plenty of fern, tall trees, and purple heather, which created perfect backdrops for their shoot.

Their Horsell Common engagement shoot was at the end of August, just when the purple heather was at its best. I LOVE finding locations that have a variety of natural backdrops, for my couple to choose from.

Henry and Rebeca were rather nervous, at the start of their shoot, as they don’t really like having their picture taken, and they weren’t sure what to expect. By the end of the shoot they were relaxed, and were much less nervous about having their picture taken. I try to make my engagement shoots as relaxed and as informal as possible, guiding them to interact with each other, which usually end up with lots of laughter, and is a lot of fun. It was also lovely getting to know Henry and Rebecca better, before their wedding next year. 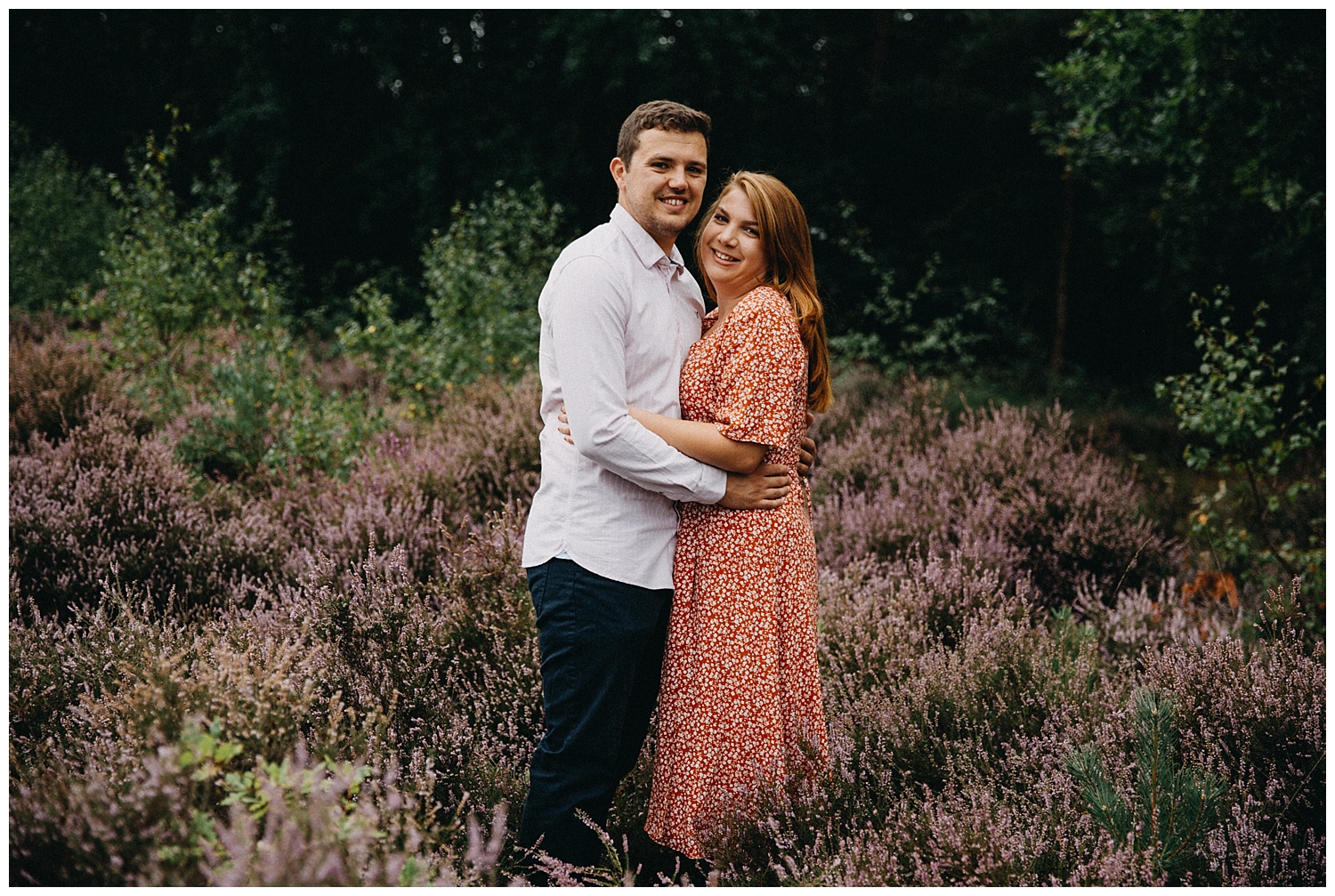 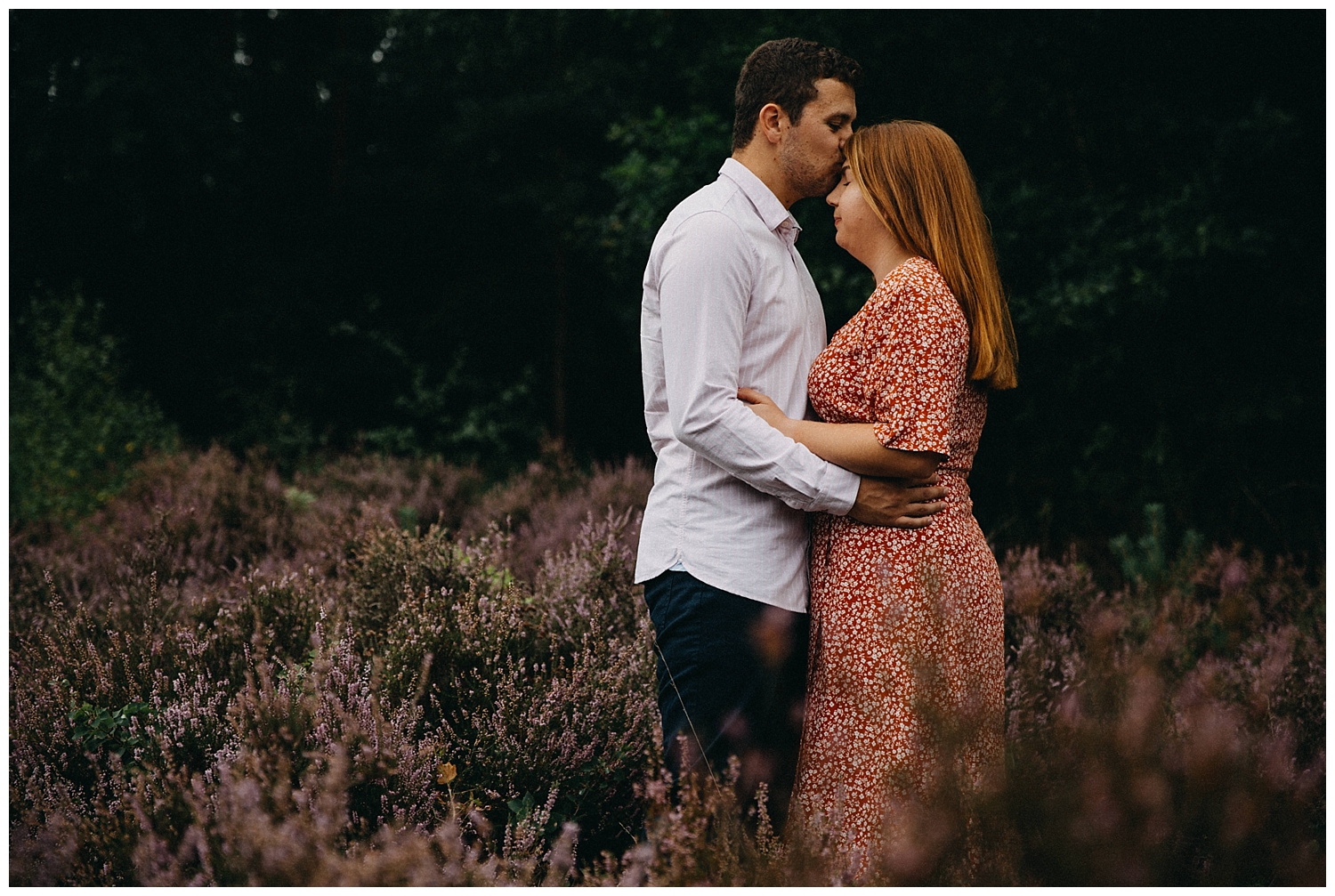 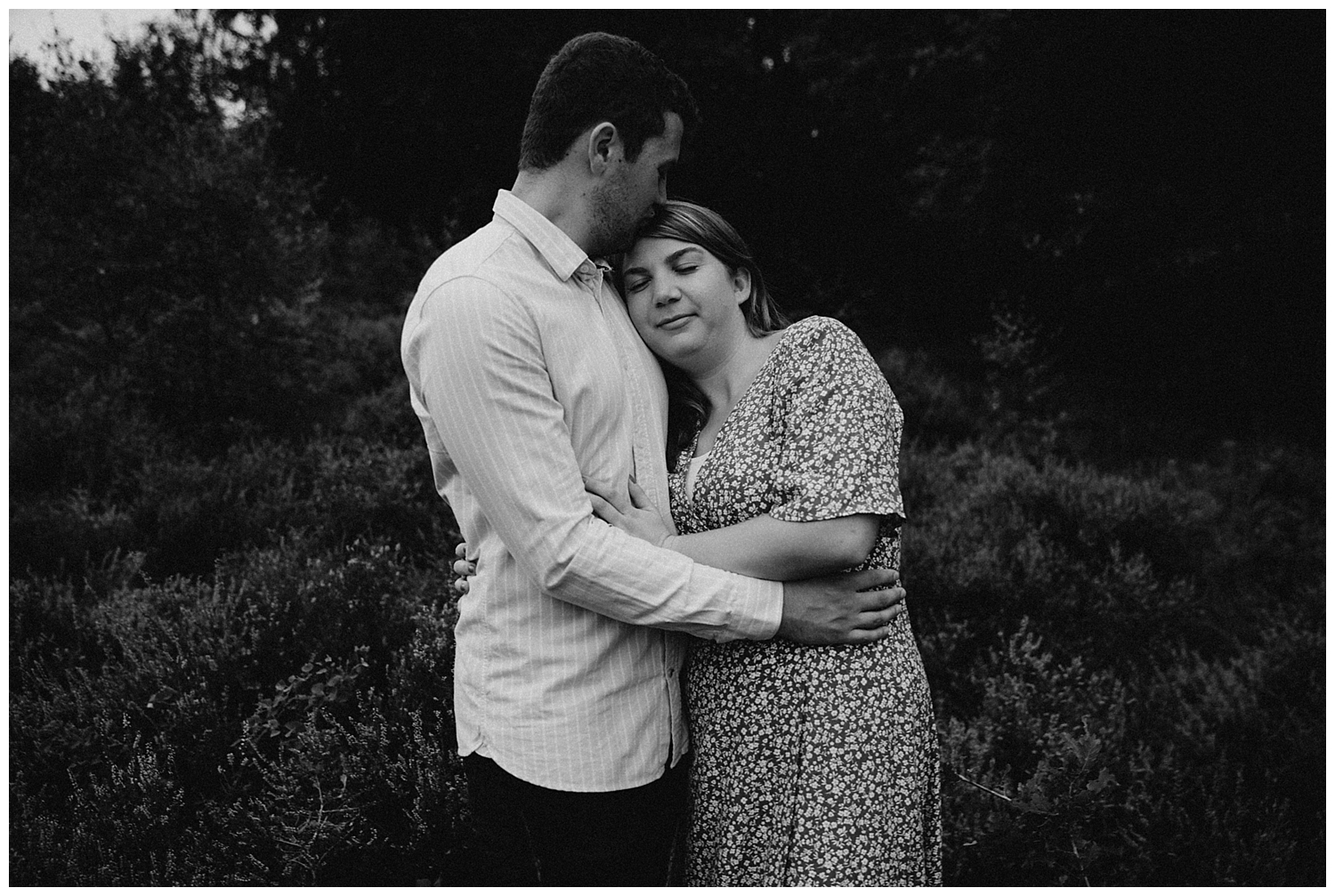 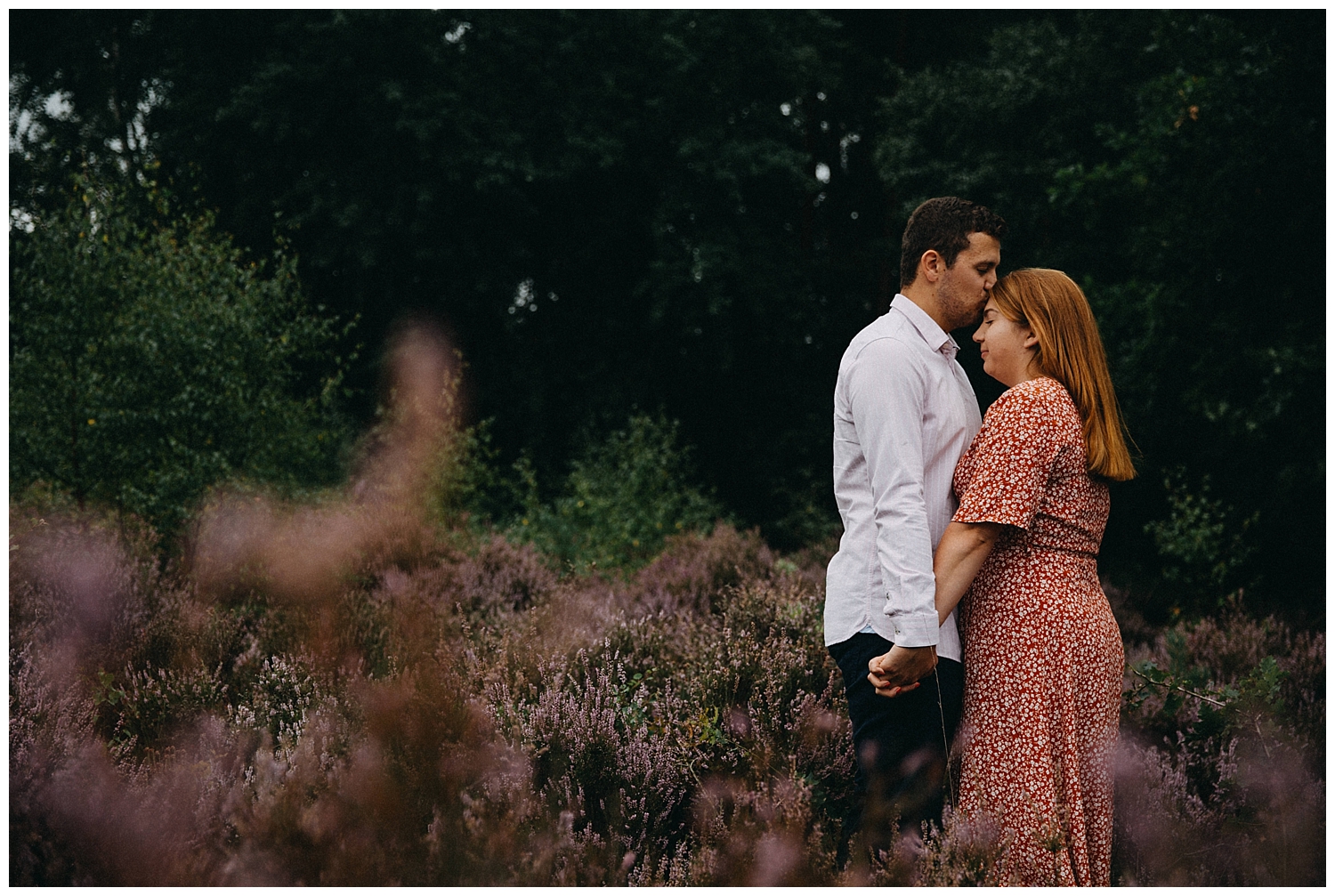 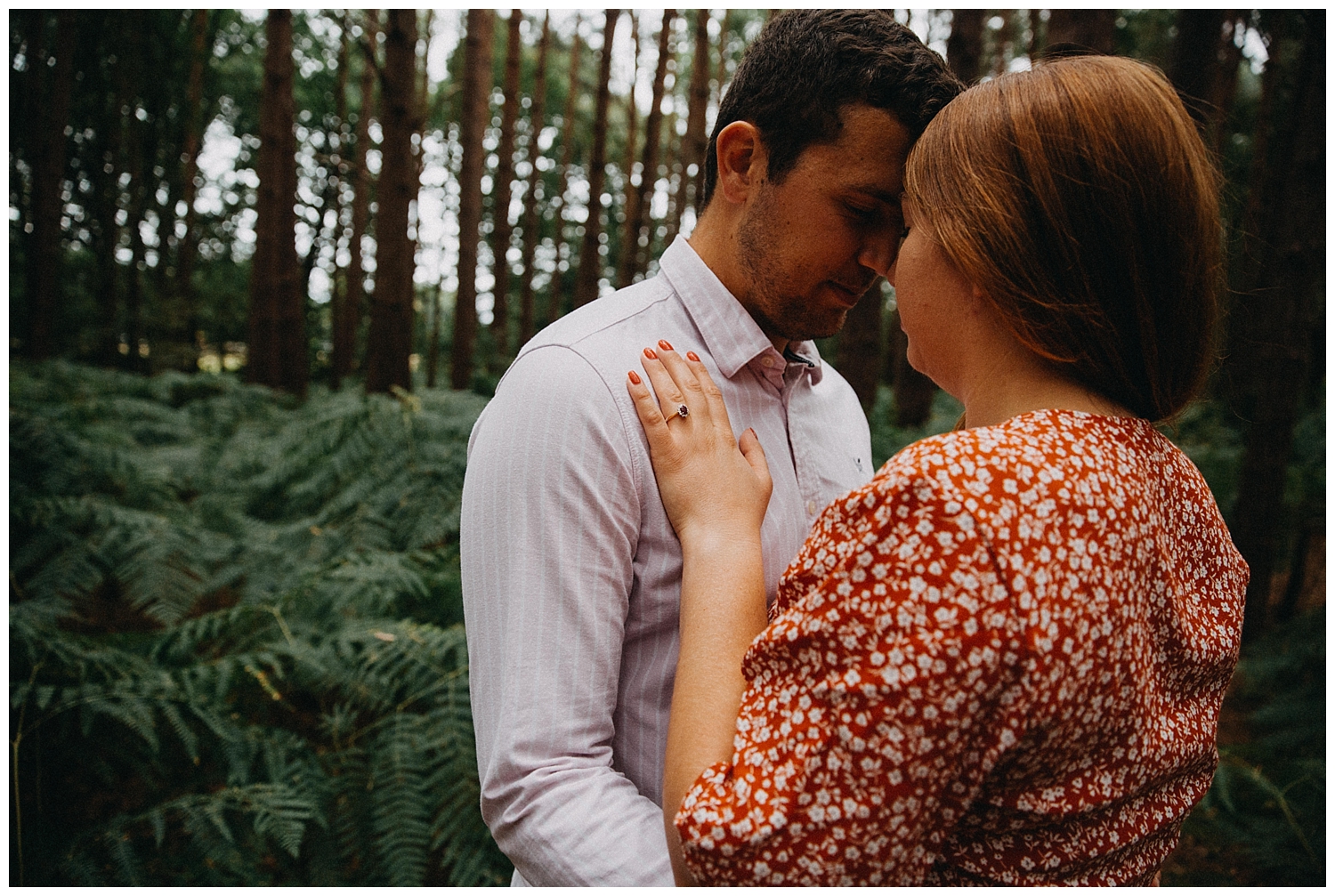 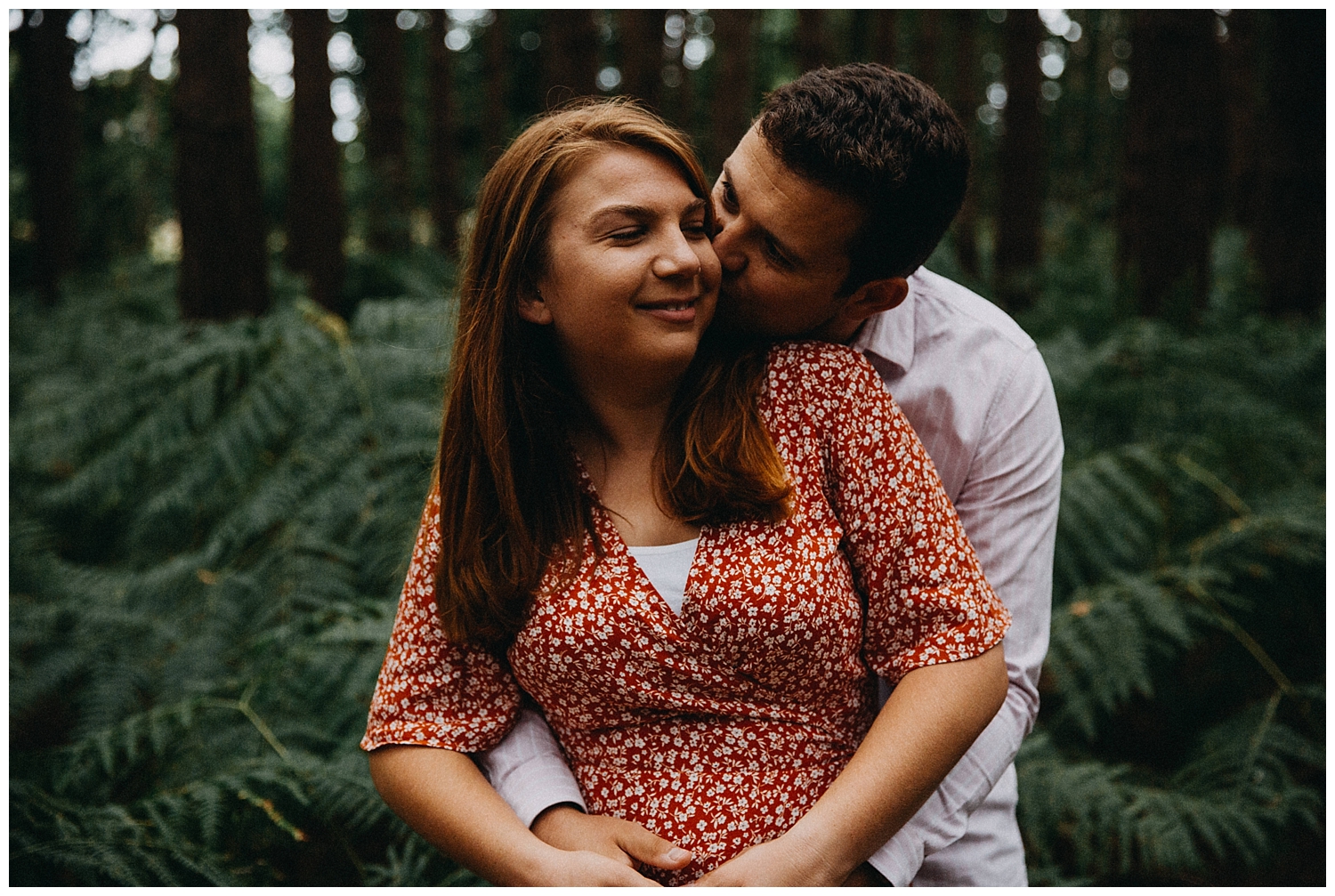 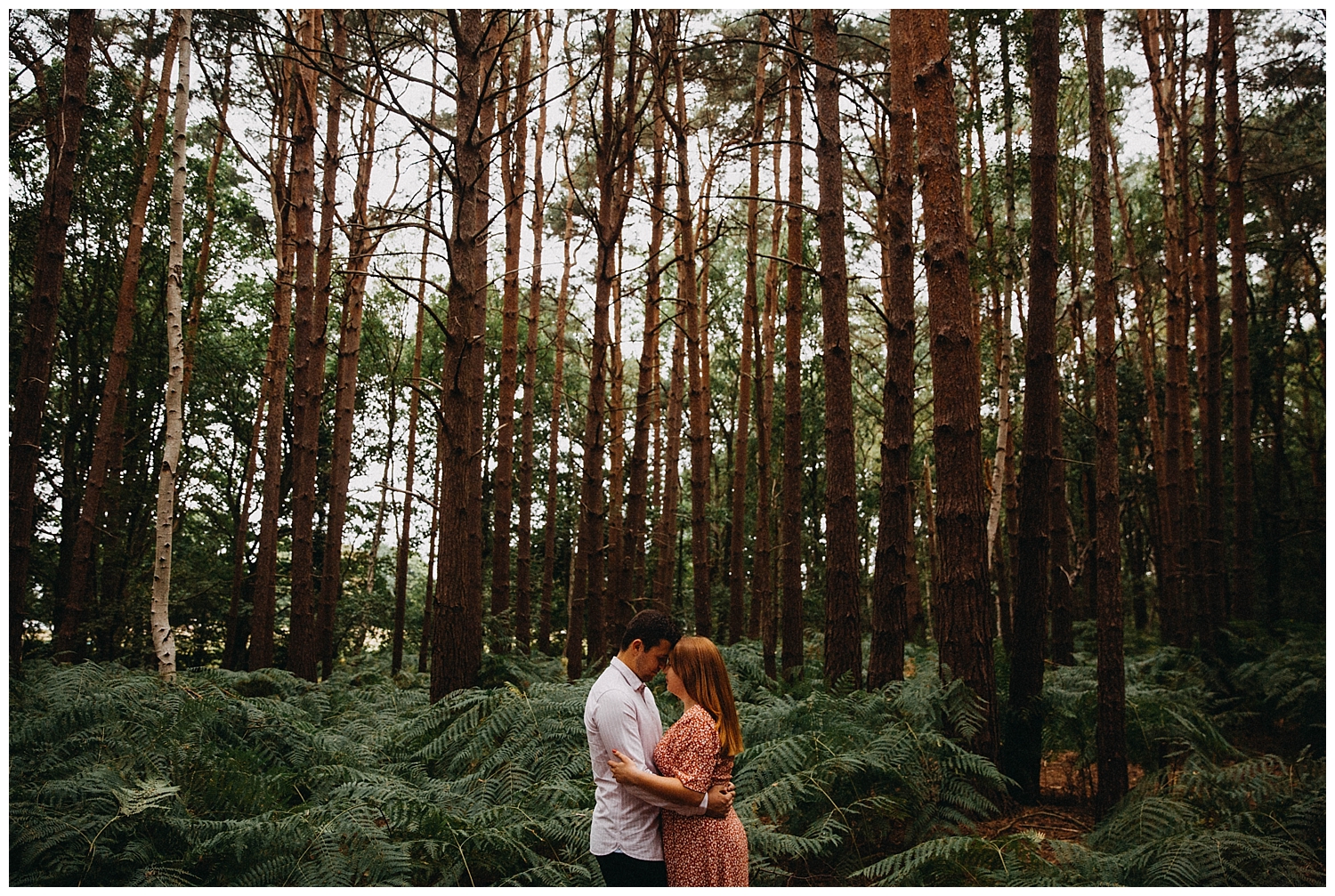 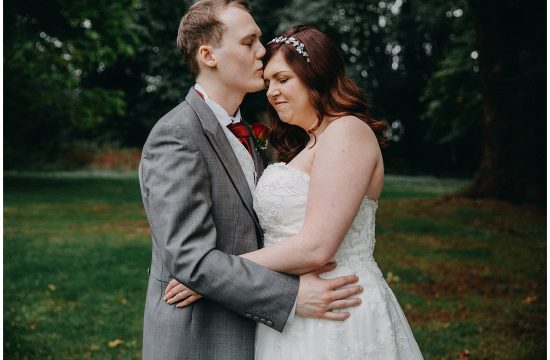 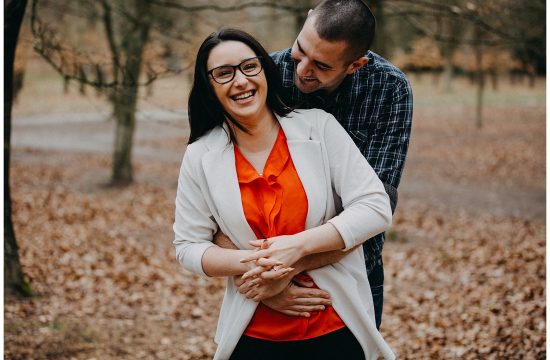